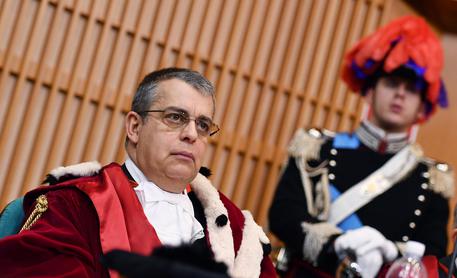 (ANSA) - Turin, January 18 - The prosecutor general of Turin, Francesco Saluzzo, on Thursday called thinly veiled criticism of the Turin office by Italy's police chief "unacceptable".
National police chief Franco Gabrielli, in responding to questions on a circular he has issued on safety and security responsibilities, made clear reference to an incident in a soccer-watching Turin square last summer that had led to the death of one woman and injuring of 1,526 others.
"When serious incidents occur," he said, "the judge looks for a safe position and often the police chief is the one blamed.
Turin docet ('teaches'). And thus we have said enough is enough.
We are tired of being the 'fig leaf' for responsibilities that are not ours." Turin Police Chief Angelo Sanna is among those being probed for a stampede that injured the 1,500 in the northern city's San Carlo Square when a crowd panicked while watching the Champions League final between local team Juventus and Real Madrid.
Several other people including Turin Mayor Chiara Appendino are under investigation in the probe.
Last month Turin Prefect Renato Saccone was also placed under investigation.
In reaction to Gabrielli's words, Saluzzo said that there was no "will to hastily blame high-ranking representatives of the police" and said that there had been "very meticulous" work done to identify who should be put under investigation.