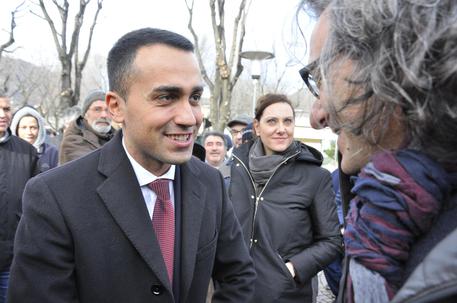 (ANSA) - Rome, January 16 - Anti-establishment 5-Star Movement (M5S) leader Luigi Di Maio on Tuesday denied being against compulsory vaccinations for school admission, saying an M5S government would bring Italian legislation on the matter into line with the rest of Europe. "Vaccines will be compulsory as in the rest of Europe," Di Maio told CorriereLive. "I never said I was against vaccines being compulsory, we want to make the obligation like the rest of Europe".
On Monday Di Maio said the M5S will "change" Health Minister Beatrice Lorenzin's law on compulsory school vaccinations if it gains power.
Di Maio reiterated the M5S line that vaccinations for school admission should be recommended rather than compulsory.
Speaking on RAI Radio Uno, Di Maio said: "we'll approve a law on the vaccine recommendations, we are in favour of recommendations".
Asked if vaccinations should be compulsory, he said "we think obligatory requirements should revert to how it was before the Lorenzin decree".
That decree made it obligatory for children to have 10 vaccinations before they are allowed to start school.
In the past the M5S has stated views skeptical of the usefulness rather than alleged harm due to vaccines but has more recently distanced itself from those statements.