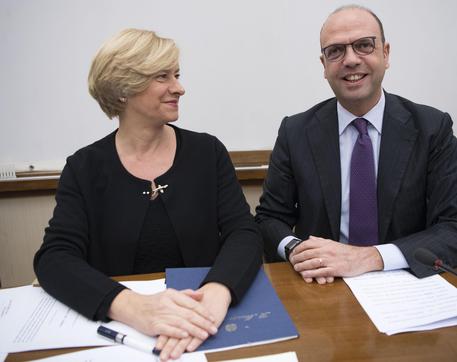 (ANSA) - Rome, January 15 - Italy's mission in Niger is to fight illicit traffic at the request of he Niger government, Foreign Minister Angelino Alfano said Monday.
"Niger is on the southern border of Libya and our task will be to help the Niger armed forces to control an area crossed by armed bands", he told the Senate foreign and defence affairs committees.
Also testifying, Defence Minister Roberta Pinotti said the Niger mission would reach a maxium number of 470 men while an ongoing mission to Libya would be slightly boosted to 400 units overall.
She said Italy was defending its "strategic interests" in these and other missions, against migrant trafficking and other issues.
"The heart of our interventions is the enlarged Mediterranean, from the Balkans to the Sahel, to the Horn of Africa," she said.
Pinotti said the Niger mission was a "non-combat mission".
She said "we will not guard borders".
The defence minister stressed that it was a training mission.