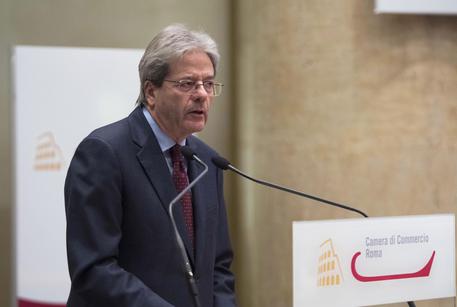 (ANSA) - Turin, January 12 - Those who say migrant flows can be stopped are "selling smoke", Premier Paolo Gentiloni said Friday. Speaking to youth missionary organisation SERMIG in Turin, he said "to be safer and more secure, it's no use putting up walls, but you have to find a new form of reception". He said "those who want to sell the possibility, over the coming weeks (of election campaign), of eliminating migrant flows, are selling smoke, those who sow obsessions sow hatred." Gentiloni said "the issue is how to manage flows, because our country will need these people".
The rightwing populist League is among the parties who have vowed, in their electoral campaign for the March 4 general election, to halt illegal immigration into Italy.
The anti-establishment 5-Star Movement (M5S) has also stressed Italy's need to regain control of its borders. Migrant crossing from Africa dropped by over a third last year thanks to a deal with Libya.
In other remarks to the young missionaries, the premier also said "the best part of the country is that which helps other people".
He added that "we must manage transformation" of the workplace "or else we will lose jobs".