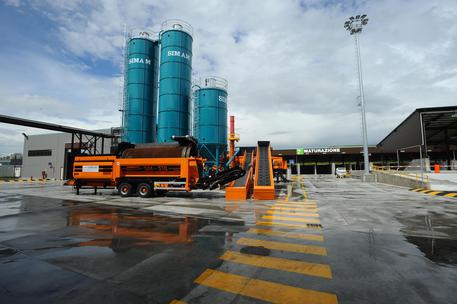 (ANSA) - Ravenna, January 12 - Two office workers at Bologna-based multi-utilities company Hera were arrested Friday for allegedly demanding money from companies subcontracting work with the group. Police said they asked for money from companies they were supposed to monitoring for their performance in supplying public services.
Among the other charges, against one of the employees, is setting up two sponsorships for the ruling centre-left Democratic Party (PD) in the Tuscan city of Massa Carara.
The worker in question was a councillor there until 2013, police said.
In 2015, they said, he induced the heads of two companies working for Hera to sponsor PD events. Hera (Holding Energia Risorse Ambiente, Energy Resource Environment Holdings) operates in the distribution of gas, water, energy, and waste disposal in the provinces of Bologna, Ferrara, Forlì-Cesena, Modena, Ravenna, Rimini, Pesaro and Urbino, and in some municipalities of Florence and Ancona.
Hera said in a statement that it had "nothing to do" with the probe.
It said the workers implicated had been suspended.
When it was first informed of the probe in March 2016 it filed suit to be the injured party, the company said.
photo: A Herambiente plant at Ravenna