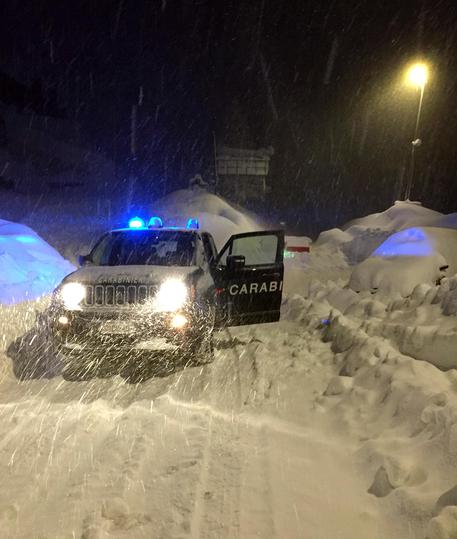 (ANSA) - Rome, January 9 - An avalanche hit an apartment building in the Alpine town of Sestriere, near Turin, late on Monday. No one was hurt. The authorities have evacuated 69 people, including several children, who have been put up in hotels, with the local council footing the bill. The building has been declared unfit for access.
In addition, in the same town on Tuesday roughly 100 people were evacuated from the Olympic Village built for the 2006 Winter games and now hosting hotels and holiday residences after snow fell from a cornice and entered 30 rooms. There is a high avalanche alert in many parts of northern Italy after over two metres of snow fellow in the last 48 hours.

Temperatures in Rome and Palermo, on the other hand, reached the highest levels for the season in 40 years, the Centro Epson Meteo said on Tuesday. Maximum temperatures in the two cities stood at 19.6 and 24.1 degrees celsius respectively. Likewise, minimum temperatures were 17 and 18.8 degrees, the highest in 20 years. The anomalous weather conditions were due to a flow of warm air mixed with southerly winds, weathermen said.