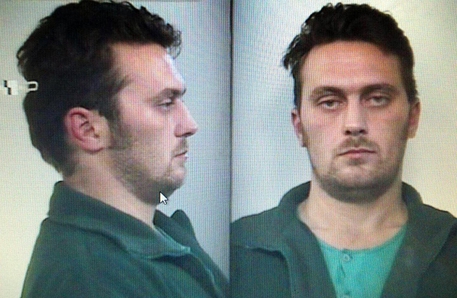 (ANSA) - Bologna, December 15 - Norbert Feher alias Igor Vaclavic, aka 'Igor The Russian', wanted for two murders committed in Emilia-Romagna in May, was arrested in Spain on Thursday night. The arrest came after a shoot-out in El Ventorillo near Granada in which three people including two members of the Guardia Civil were killed, Bologna police said.
Spanish media said he had shot dead two police and a civilian.
The widow of one of his victims, barman Davide Fabbri's widow Maria Sirica, said "I hope he serves his time...even though this will never be able to cancel my drama". An Italian forensic team identified the man from his fingerprints.
Interior Minister Marco Minniti said "thank you to Spanish authorities, to the Carabinieri and our thoughts go out to the victims in Budrio and the victims in Spain".
Premier Paolo Gentiloni sent his condolences to Spanish Premier Mariano Rajoy over the three Spanish people killed in the shoot-out with the Serbian killer. He also said his thoughts were with the families of Feher's two Italian victims.
Bologna chief prosecutor Giuseppe Amato told a press conference: "the investigative result is exceptional, in my view".
He said "there was no underestimation, not evn after the first murder".
Feher, a Serbian suspected of killing two people and thought to be armed and dangerous on the run was named as Feher in April, Italian police said after consulting officials in Serbia where he is wanted for robbery and sexual violence.
The 41-year-old Feher, who also goes by the name of Igor Vaclavic, under which he was tried in Ferrara some years ago, is the suspected killer of Davide Fabbri, a 52-year-old who was shot dead during an attempted robbery at his bar at Budrio, near Bologna, on April 1, and of a voluntary environmental ranger who was shot dead near Ferrara a couple of days later.
To escape a manhunt, Italian police said, Feher may have stolen a boat belonging to a farmer that recently went missing in the area of the search.
Special police units, helicopters, drones, sniffer dogs and marksmen were used in the manhunt across the provinces of Bologna, Ferrara and Ravenna.
The suspect was said to be armed with at least two guns and around 40 bullets.
A provincial police agent was also seriously wounded in the shooting on the Mondo Nuova road around 8 km from Portomaggiore near Ferrara.
Police said Feher was foraging fruit, vegetables and eggs as he continued to elude his pursuers.
Carabinieri later managed to track him down in Spain, helped by Interpol and the Guardia Civil.