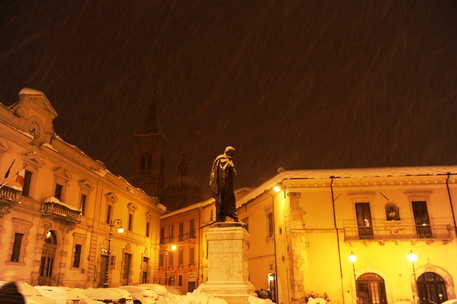 (ANSA) - Rome, December 14 - The Rome city council on Thursday revoked ancient Roman poet Ovid's exile from the Italian capital more than 2,000 years ago.
The motion to belatedly repeal Emperor Augustus' order on the 2,000th anniversary of the love poet's death came from the ruling anti-establishment 5-Star Movement (M5S).
The M5S said it wanted to "repair the serious wrong suffered" by Publius Ovidius Naso, the poet's full name, who is best known for his Metamophoses and the Art of Love.
Ovid, one of the three canonical Roman poets along with Virgil and Horace, was exiled to a remote Black Sea town, Tomis in today's Romania, in 8 AD, in one of the mysteries of literary history.
He remained there until his death in 17 or 18 AD, aged 58-60.
Ovid himself attributes his exile to carmen et error, "a poem and a mistake", but his discretion in discussing the causes has resulted in much speculation among scholars.