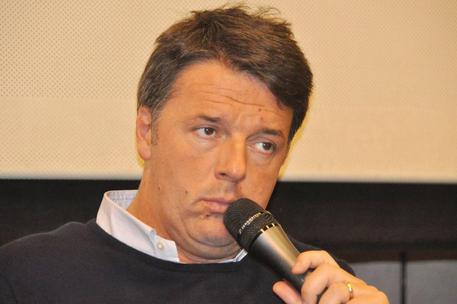 (ANSA) - Rome, December 1 - The activities of the parliamentary commission of inquiry into Italy's banking crisis are showing that the ruling centre-left Democratic Party's (PD) "battle was right", PD leader and ex-premier Matteo Renzi said Friday. "It was based on facts," Renzi said, adding "the problem was not the PD, there was never any messy deal". Renzi went on to say that "the PD emerges with its head held high" after showing it did not do any shady deals with banks. "We listened to the arguments of consumers and savers," he said. The problem was not political, but of lax oversight, he said.
On Thursday PD Chair Matteo Orfini blamed the Bank of Italy, in particular, for a financial mess Banca Etruria got itself into, and stressed that the father of Cabinet Secretary Maria Elena Boschi, an executive at the bank, had had no part in that case.
The parliamentary commission of inquiry was set up to look into the rescue fo Italy's third-larget bank, and the world's oldest, Monte dei Paschi di Siena, and a string of bankruptcies and rescues of other smaller regional lenders.
An amendment to the 2018 budget has set up a 50-million-euro fund, 25 million a year for both 2018 and 2019, for the bilked victims of Italy's banking crisis . The "financial restoration fund" aims to compensate "savers who have suffered unfair damages, not otherwise compensated, in breach of the obligations of information, diligence, correctness and transparency" laid down by banking regulations.
Thousands of small investors lost their life savings in junior bonds banks told them were safe.
The most notorious cases were those of Banca Etruria, Banca Marche, Cassa di Risparmio della Provincia di Ferrara (CariFE) and Cassa di Risparmio della Provincia di Chieti (CariChieti).
One Banca Etruria former investor, Luigino D'Angelo, killed himself after seeing his savings go up in smoke.
There were other cases involving Veneto banks Banca Popolare di Vicenza and Veneto Banca, as well as other lenders.
Renzi opposed the reconfirmation of Bank of Italy Governor Ignazio Visco because of the central bank's alleged failure to prevent the crisis, but it was waved through by Premier paolo Gentiloni and President Sergio Mattarella.