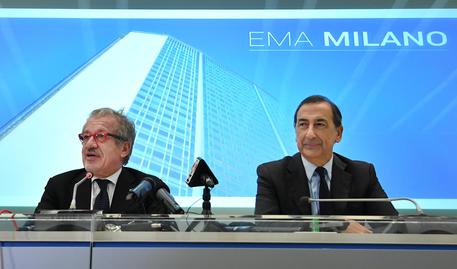 (ANSA) - Brussels, November 20 - Milan lost the European Medicines Agency after lots were drawn after it finished tied on 13 votes with Amsterdam in the third and final vote Monday. The EMA, the EU's drugs body, is leaving London after Brexit.
Premier Paolo Gentiloni said "thanks Milan and thanks to all those who worked for the EMA, in the institutions and in private. A solid bid only beaten by drawing lots. What bad luck!".
European Affairs Undersecretary Sandro Gozi said "it's clear it leaves a bitter taste in the mouth, losing by drawing lots. "It's like losing a soccer final with a coin toss. There was no political influence that could work with a coin toss." "He said "the voting system confirmed the validity of Milan's bid...in front of them all, with 25 votes in the first round, and 12 in the second, thanks to the very great and extremely intense team work done by the Italian system".
Milan Mayor Giuseppe Sala said that "it's really a bit absurd to be beaten because they drew lots. "All above board but not normal." Sala added that"it's possible that in the end there was some political accord". He said "my view is that in the first two rounds the value of the dossier came out on top, while from the second round on phone calls between governments started". Speaking at the same press conference, Lombardy Governor Roberto Maroni said "flipping a coin is sad. It is the paradigm of a Europe that can't decide. I think we should take some initiative, we'll see".
Maroni said that "there is great disappointment but also the awareness that everything that could be done was done to deliver a very competitive bidding dossier, which was shown in the first two votes". He said "we're sorry, because we were really ready" to host the EMA.
Health Minister Beatrice Lorenzin said: "disappointment and bitterness for a defeat in a draw after two rounds won. The value of Milan's bid remains, on which Italy rallied together as a system".
Northern League leader Matteo Salvini said it had been "crazy" for the new EMA location to be decided by drawing lots. "It's crazy that a choice that regards thousands of jobs and two billion euros in economic business is made in Europe by drawing lots...the umpteenth proof of the madness with which the European Union is governed," said the anti-euro, anti-migrant leader.
He added that it will be "a priority for our next government to renegotiate the 17 billion euros a year Italians pay Brussels".
The Italian federation of pharmaceutical companies, Farmindustria, said "we won any way".
Industry Minister Carlo Calenda said "it's a great pity, a lottery was bizarre".
Retail group Confcommercio head Carlo Sangalli said a lottery was "absurd and unfair".
Two envelopes were used to draw lots after the two cities tied after Slovakia abstained.
The Estonian EU duty president chose the envelope containing Amsterdam's name, not Milan's.
Pre-vote favourite Bratislava was eliminated in the first round. The voting then narrowed to a three-horse race between Milan, Amsterdam and Copenhagen, which was eliminated in the second round.