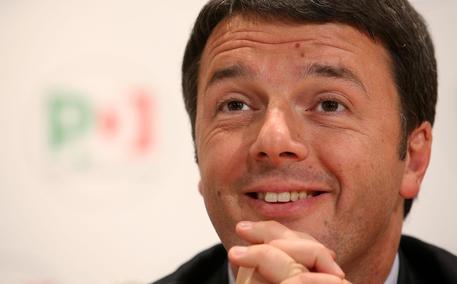 (ANSA) - Rome, November 13 - Democratic Party (PD) leader Matteo Renzi on Monday made an overture to the leftwing MDP party to form an alliance ahead of a general election early next year. Many MDP members used to be in the PD but left due to hostility to Renzi. "There is more harmony with people with whom we have been divided by arguments and controversies than with our traditional rivals, bnot just because we govern 14 regions together, but also because we have done many things together," Renzi told a crunch PD meeting.
"It won't be the PD that puts vetoes on the broadest possible coalition. "Maybe we have different ideas about the Good School (reform) but not out the need for full time (work) in the south as it is in the north".
Former Milan Mayor Giuliano Pisapia and former PD leader and ex Rome mayor have both launched appeals for unity of forces on the left, which is in disarray following a poor showing at regional elections in Sicily. But leftwing figures are said to be skeptical about the chances of forming an alliance. They include Lower House Speaker Laura Boldrini and Senate Speaker Piero Grasso, who recently left the PD in protest at how a new election law was pushed through parliament.