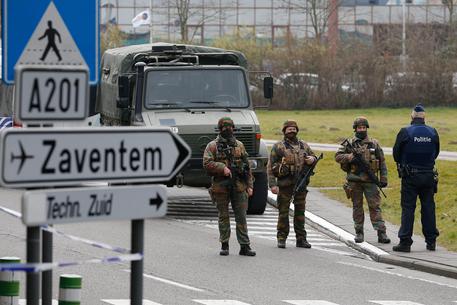 (ANSA) - Naples, November 3 - Fake passports used by ISIS-linked terrorists in the March 2016 Brussels airport attacks were made by a Moroccan woman in Naples, her Algerian former companion told police in the southern Italian city in January, according to Il Mattino.
The Algerian said the woman, his former partner, "handed over the documents to one of the Brussels terrorists".
His ex supplied fake papers to radical North Africans "all over Europe," the Naples daily said.
These included one of the three Brussels terrorists, it said.
Thirty-two people were killed and 300 injured in the three coordinated suicide bombings in Belgium on March 22, 20016.
Two occurred at Brussels Airport in Zaventem, and one at Maalbeek metro station in central Brussels.