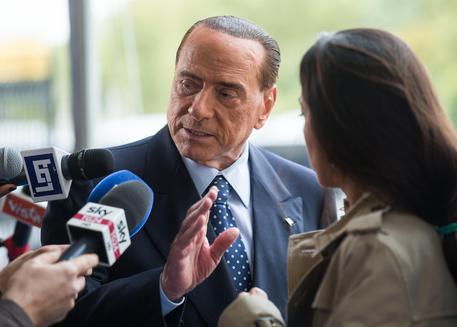 (ANSA) - Florence, October 31 - Silvio Berlusconi is being probed in Florence in relation to the Mafia bombings of 1993 that killed 10 people and damaged art and religious sites in Rome, Florence and Milan, daily newspapers La Repubblica and il Corriere della Sera reported on Tuesday.
Berlusconi's jailed former aide Marcello Dell'Utri is also reportedly under investigation over allegations they could have ordered the attacks.
The Florence prosecutor's office has twice previously opened a probe into Berlusconi, with the most recent being shelved in 2011. A judge reportedly authorized the prosecutors to reopen the case after investigators received bugged recordings of conversations in jail of Cosa Nostra boss Giuseppe Graviano that were conducted in relation to the probe into alleged State-Mafia negotiations in the early 1990s. In the bugged recordings, Graviano is heard to say "Berlusconi asked me for this favour, that's why it was so urgent", the two papers report.
Graviano, who has been convicted of the bombings and ones a year earlier that killed anti-Mafia prosecutors Giovanni Falcone and Paolo Borsellino, was speaking to his cellmate, Camorra boss Umberto Adinolfi during their break for fresh air in the high-security jail at Ascoli Piceno on April 10.
Dell Utri's lawyers have reportedly challenged the accuracy of the recording, saying that Graviano did not say the name of Berlusconi but the word "bravissimo", Corriere and La Repubblica reported.
Experts named by Dell'Utri's lawyer Giuseppe Di Peri support this claim, the dailies said.
But experts for the prosecution support the prosecutors, saying "Graviano talks about Berlusconi".
The recording has been sent to prosecutors in Florence responsible for the investigation into the first 1993 bombing, who have decided to reopen the probe into the ex-premier, judicial sources said.
It also reportedly been sent to prosecutors in Caltanissetta, who are responsible for investigations into the May and July 1992 bomb murders of Falcone and Borsellino.
The Caltanisssetta prosecutors are reportedly weighing whether to reopen a probe too, La Repubblca and Corriere reported. Niccolò Ghedini, the ex-premier's long-standing lawyer and a parliamentarian for his Forza Italia (FI) party, said in a statement: "It is clear that this is the umpteenth investigation that can only end by being rapidly shelved, as previously happened in the past, as there are no really new elements".
Dell'Utri is currently serving a seven-year jail term for Mafia collusion.
On May 27, 1993 five people were killed by a Cosa Nostra bomb that ripped through the Georgofili agrarian institute in Florence and also damaged the nearby Uffizi gallery. The bombing was followed by another two: on 27 July, in Rome, near the churches of St. John Lateran and San Giorgio al Velabro, which were both damaged; and in Milan, near a modern art gallery in via Palestro, where another car bomb killed five people. Cosa Nostra led by Toto' Riina, jailed in January 1993, carried out the attacks.
Allies of Berlusconi, who formed FI in 1993 and led it to its first electoral win in early 1994, decried the opening of the fresh probe as "mud-slinging" timed to hurt his chances in Sunday's Sicilian elections.
FI's commissioner in Sicily, Gianfranco Micciché, said the opening of the fresh probe was "an example of "Clockwork Injustice".
"Just a few days before a very important electoral date for Italy, a new episode of Clockwork Injustice comes," said Micciché.
"Perfect, almost suspicious timing".
"Cheer up, (sir), today at your arrival in Palermo you will find those who you really love you, you will find your very Forza Italia-loving Sicily".
"Welcome back (sir)".