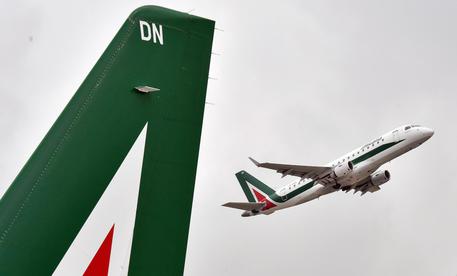 (ANSA) - Rome, October 16 - EasyJet on Monday presented an offer to buy "some assets" of a restructured Alitalia, the British low-cost carrier said in a statement. The offer came a few hours before the deadline for offers at midnight local time.
The offer is "consistent with the current strategy" of the British carrier for Italy, the statement said.
"Considering the nature of the process, the content of the proposal is subject to confidentiality," it said.
At the moment, it added, "there is no certainty on the fact that we will go ahead with a transaction and EasyJet will provide a further update in due course if and when it is considered appropriate".
Earlier Monday Lufthansa presented an offer for Alitalia, indicating its "interest in the creation of a 'New Alitalia'", a statement from the German airline said a few hours before the deadline for offers for the struggling Italian airline. "Lufthansa has decided not to make an offer for the whole company but has shown interest only for some parts" of the airline's global traffic and its domestic and European point-to-point activities, the statement said. Last week CEO Carsten Sporhr Lufthansa CEO Carsten Sporhr said that the German airline would be interesting in taking over Alitalia only if it were possible to make a fresh start with it.
"If there were a chance of creating a new Alitalia, as Europe's number one (carrier) Lufthansa would certainly be interest in the talks," Sporhr was quoted as saying by German media. "Italy is an important market for us. (But) Alitalia as it is today is not an issue". Former Italian flag carrier Alitalia is currently in emergency administration and its commissioners are looking for a new buyer willing to acquire the whole airline. Lufthansa is buying parts of failed German carrier Air Berlin.