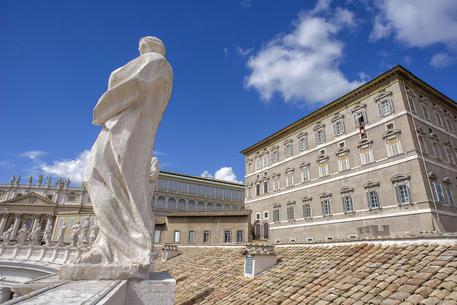 (ANSA) - Vatican City, October 12 - The Vatican has received no Canadian extradition request for former Washington nunciature staffer Msgr Carlo Alberto Capella, nor has the Vatican set a trial for him on charges of posessing child pornography, Vatican Spokesman Greg Burke said Thursday, denying "false" reports.
"The investigation requires international collaboration and is not yet over," Burke said. Well-informed sources told ANSA earlier that Capella, who is wanted by Canadian authorities for possessing and distributing kiddy porn, won't be extradited to Canada but will instead be tried in the Vatican. Capella is currently being held in the Vatican.
The Vatican has cited his diplomatic immunity against the Canadian warrant, the sources said. Earlier this month Vatican Secretary of State Cardinal Piero Parolin said Capella's case was a "very painful affair, a great trial for all those who are involved". He said "we are treating the case with the utmost commitment, the utmost seriousness". It is "premature", he said, to say more on the case, which is protected by confidentiality to "protect the truth and justice".
Canada last month issued the arrest warrant for Capella, who is in the Vatican having been recalled from Washington at the beginning of September. Police in the Canadian town of Windsor have accused him of possessing and distributing kiddy porn he allegedly downloaded during a trip to Canada on December 24-27.