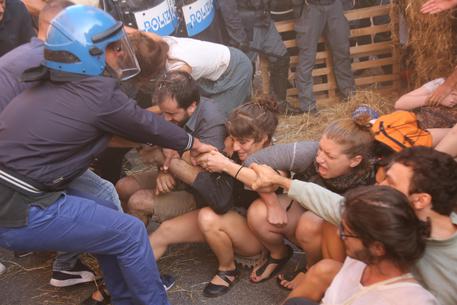 (ANSA) - Rome, August 8 - There were clashes in central Bologna on Tuesday as police executed an order to clear the former Masini barracks, which was illegally occupied by the Làbas group in 2012. The operation started at dawn with police arriving in riot gear with armoured vehicles.
They closed off streets in the area and were confronted by dozens of activists outside the gates of the building.