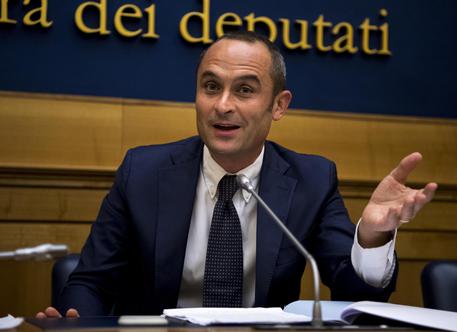 (ANSA) - Rome, July 19 - Regional Affairs Minister Enrico Costa resigned Wednesday. Costa, a member of junior government partner Popular Area (AP), had threatened to quit if a 'ius soli' (law of the soil) bill granting citizenship to immigrant children went ahead. It was postponed till the autumn but Premier Paolo Gentiloni said Tuesday it was still a priority.
Gentiloni took the regional affairs portfolio on an interim basis and thanked Costa for his work. In his resignation letter to Gentiloni, Costa voiced the "conviction that it is the moment to work at a broadly based political programme that reunites liberal forces", referring to small centre right groups like AP.
He stressed that he had not agreed with the ius soli bill and also a recent reform of criminal procedures.
"I cannot pretend not to see the array of those who see a conflict between my role and my thought," Costa said.
Foreign Minister Angelino Alfano, leader of the centrist AP, described Costa's resignation as "inevitable and tardy". "I thought he'd do it a few days ago," said Alfano. "We have been saying for some time that we want to construct an autonomous area, a party that is independent from the left and the right... We have ideas, strength and courage to do great things. "We understand those who can't make it, who make different decisions, but we will keep going down our road".
There have been suggestions that AP may be seeking, ahead of the next general election, to stress differences from the senior government partner, ex-premier Matteo Renzi's ruling centre-left Democratic Party, of which Gentiloni is one of the most prominent members.
It has even been suggested that it will try to team up again with the centre-right opposition Forza Italia party of three-time former premier and billionaire media mogul Silvio Berlusconi.
But Berlusconi's rightwing populist ally, Northern League leader Matteo Salvini, has ruled out AP joining any future centre-right alliance.
The next general election is expected to come early next year.