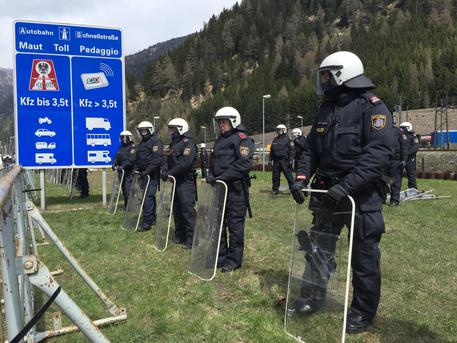 (ANSA) - Rome, July 4 - The Italian foreign ministry summoned the Austrian ambassador to Rome on Tuesday after Vienna said it was ready to deploy up to 750 troops at its border at the Brenner Pass "very soon" unless the flow of migrants from Italy diminishes. "I think that border controls will be activated very soon and an army deployment will be necessary," Austrian Defence Minister Hans Peter Doskozil was quoted as saying by the Kronen Zeitung newspaper Tuesday. He added that the measure will be "indispensable if the flow of migrants from Italy does not diminish". Austrian Foreign Minister Sebastian Kurz then defended the plan. "Our preparations for controls at the border with Italy are not only just, but also necessary," Kurz said. "We are preparing to defend our border at the Brenner if that is necessary".
Four Austrian military Pandur armoured vehicles have reportedly been taken to the Brenner Pass and they could be used in the migration control operations announced as possible by Doskozil. Austrian news agency APA reported the measures, including the deployment of the 750 troops, could be activated within three days. The Italian foreign ministry in Rome said in a statement that the Austrian Ambassador to Rome, René Pollitzer, had been summoned on Tuesday morning by the ministry's Secretary General, Ambassador Elisabetta Belloni, "following the declarations of the Austrian government about the deployment of the troops at the Brenner".