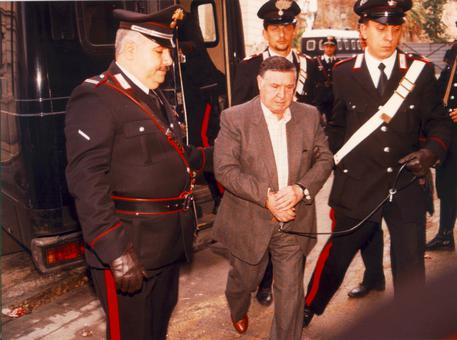 (ANSA) - Rome, June 5 - Ailing former Cosa Nostra boss of bosses Totò Riina is entitled to a dignified death and so a Bologna detention review court should re-examine a defence plea for him to be moved to house arrest or have his life sentence shortened, Italy's supreme Court of Cassation said Monday. Riina, 86 and suffering from various ailments, has seen several previous pleas turned down. Riina, nicknamed the Beast for his ferocity, is serving life for a slew of crimes including the assassinations of anti-Mafia magistrates Giovanni Falcone and Paolo Borsellino 25 years ago.
Another infamous assassination was that of Carabinieri General Carlo Alberto Dalla Chiesa, recently appointed prefect of Palermo, in 1982.
His daughter Rita Dalla Chiesa, a TV presenter, was among those who criticised the Cassation Court Monday.
"I think that my father did not have a signified death, they murdered him leaving him, his wife and (escort) Domenico Russo in the car without even a sheet to cover them", she said on Italian TV.
Th association of Italian criminal lawyers came out in favour of clemency, saying "the goal of detention cannot be revenge" but the association of victims of the Florentine via dei Georgofili bombing, which killed five people near the Uffizi Gallery in 1993, said they were "dumbstruck" by the Cassation's ruling.
The head of the parliamentary anti-mafia commission, Rosy Bindi of the ruling centre-left Democratic Party, said there was no "need" to move Riina because he had all the treatment he required in a prison hospital.