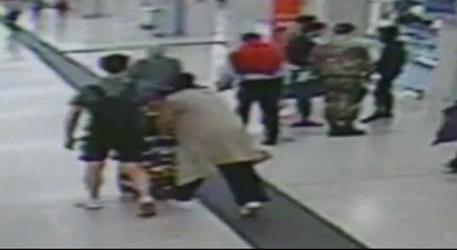 (ANSA) - Milan, May 19 - Milan anti-terrorism investigators are working to establish whether a Facebook profile in the name of Ismail Hosni containing at least one pro-ISIS video belongs to the young man arrested over Thursday's stabbing attack on a police officer and two soldiers at the city's central station, sources said.
A railway police officer and a soldier were still in hospital on Friday and another serviceman was also attacked and was released from hospital with a seven-day prognosis. The attacker, an Italian national whose mother is also Italian and whose father is North African, has been arrested and is accused of attempted homicide.
The Facebook page has been blocked.
Milan Mayor Giuseppe Sala said Friday that Saturday's Milan Without Walls march will go ahead, amid calls for it to be cancelled following the attack. "The officer is OK," Sala said after visiting the injured railway police officer at Milan's Fatebenefratelli hospital. "I call for peaceful participation from everyone to help reflection on such an important issue," Sala added on Facebook.
Sala also blasted those who blamed the migrant-reception policies for the attack and called for the march to be scrapped.
"The criminal who attacked the security forces is a the son of an Italian mother and a North African father and he is a full-blown Italian," Sala said. "Despite this, some find it convenient to blame this criminal act on migrants". The march will feature the participation of voluntary associations and NGOs working for migrant integration, as well as the city. Lombardy Governor Roberto Maroni, on the other hand, said the march should not go ahead. "I have expressed my solidarity and support for the officers who are injured and I renew it," Maroni, a member of the anti-immigrant Northern League, said in a statement. "I repeat that I consider it opportune to cancel the pro-immigration march planned for tomorrow in Milan as a sign of respect for the security forces who are unfortunately exposed to risks to their lives".