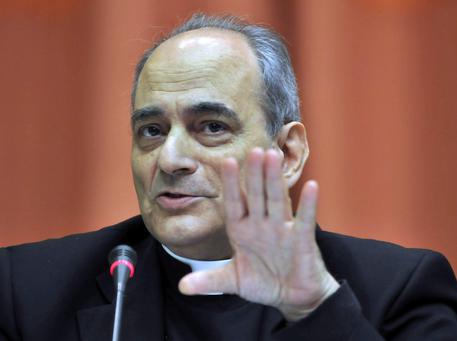 (ANSA) - Vatican City, May 15 - Chancellor of the Pontifical Academy of Sciences and the Pontifical Academy of Social Sciences Monsignor Marcelo Sanchez told ANSA in an interview that he believes the Pope will convince US President Donald Trump to change his mind on climate change. Pope Francis dedicated his 'Laudato Si' encyclical to climate change and will be meeting with Donald Trump on May 24, who has signed an executive order dismantling Obama-era environmental legislation.
In the eyes of Sanchez Sorondo, the choices adopted on climate by Trump "are against science, even before being against what the Pope says. In the election campaign he even said it was a Chinese invention to criticize America. But this president has already changed about several things, so perhaps on this as well".
He added that "today the Chinese are actually very collaborative as concerns the commitments they took on climate with the Paris Climate Conference (the Conference of the Parties, or COP2)".
The Argentinian bishop, who spoke last week at the University of the Holy Cross at an event marking the two-year anniversary of the Pope's encyclical, said that "when he was preparing the 'Laudato Si', oil lobbies did everything in their power to prevent the Pope from saying what he did, meaning that climate change is caused by human activity that employ fossil fuels.
Perhaps the oil companies wanted a 'light' encyclical' - a romantic one on nature that wouldn't say anything at all.
Instead, the Pope followed what the scientific community says.
If the president does not follow science, then that is the president's problem." On his opinion that the Pope will manage to "convince" Donald Trump, Sorondo said that "they will come to an agreement, since the president claims to be a Christian, and so he will listen to him." Monsignor Sorondo, who for almost 20 years has been at the head of the Pontifical Academy of Sciences and the Pontifical Academy of Social Sciences, works closely with the Pope, who has entrusted him with such key issues as global warming, the migrant emergency, human trafficking, natural resource management and participatory democracy, underscored that today "even large capitals that have thus far invested in fossil fuels are beginning to be concerned about the effects of climate change and see new investment and research opportunities to find different energy solutions that are 'clean' or renewable." Some countries are ahead of the rest, he said, citing Germany, but the trend is gaining traction elsewhere as well, "in part because energy from fossil fuels (coal and oil) costs a great deal". "In America, oil companies," he said, "in addition to being those that earn the most, receive the most advantages and are subsidized by the state. The result is that the poor pay for the rich." The Pontifical Academy of Sciences focuses on these issues and Sorondo announced that a meeting would be held in November on the effects of climate change on human health. He noted that Trump's turnaround on the COP21 commitments taken by Obama was made possible by the fact that the latter "had used a decree without going through Congress, which his successor has now been able to do". The danger is now that "the US president influences others, and scientific findings are being cast doubt on" and "truths begin to be denied". Sorondo stressed that it was during the Paris conference that climate change deniers were found to have been paid by oil sector lobbies. He added that global warming was leading to the migration crisis and new forms of slavery for "tens of millions of people".