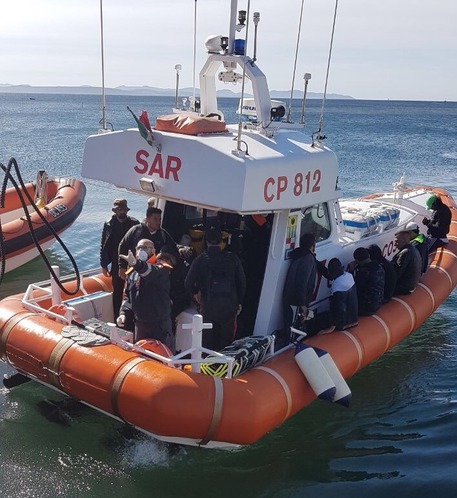 (ANSA) - Rome, May 15 - Police chief Franco Gabrielli said Monday that ships involved in the rescue of asylum seekers in the Mediterranean will not be allowed to dock in Sicily until after this month's G7 summit in Taormina. He said the move, which kicks on Monday and runs until May 28, "derives from the need to not put a burden on the police involved in summit security".
Gabrielli said the ships carrying rescued asylum seekers would be diverted to ports in other regions in this period. On Sunday Defence Minister Roberta Pinotti said the armed forces were making a big contribution.
"There are 7,000 armed-service officials who help the Carabinieri (police) and (State) police with anti-terrorism measures and around 3,000 will be deployed for the G7," she said. Pinotti added that "our defence forces are recognised the world over as among the world's best and we should be proud of them because there are great professionals who know how to relate to populations they must help and restore stability where there is conflict. "And it is a defence that is called to defend our country at a time when the security challenges are many".