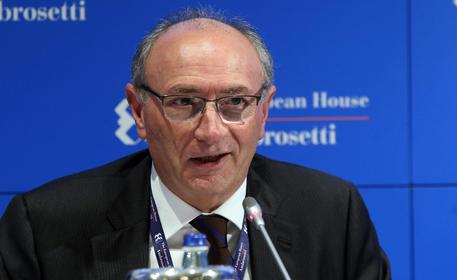 (ANSA) - Rome, May 15 - Former UniCredit CEO Federico Ghizzoni has said he will tell parliament everything if summoned by a commission of inquiry on the woes of Italy's banking sector about reports Cabinet Secretary Maria Elena Boschi asked him to buy a troubled Tuscan bank her father was briefly a vice president of.
"If I am called, I will speak to the commission of inquiry - in parliament, not to newspapers," Ghizzoni told Monday's edition of La Repubblica. "Obviously, I will respond to all the questions I am asked". There have been opposition calls for Boschi to quit after former Corriere della Sera editor Ferruccio de Bortoli reported in a new book that then-reform minister Boschi spoke to Ghizzoni about the possibility of buying Banca Etruria in 2015.
Boschi has denied this.
Ex-premier Matteo Renzi, the leader of the centre-left Democratic Party (PD), said Sunday that Boschi had shown no favouritism. "De Bortoli did a wonderful marketing operation to launch his book," Renzi said.
"Let's have the commission of inquiry. I want the truth". The Tuscan bank was one of four lenders that went to the wall in 2015, leaving many savers with worthless bonds.
One Etruria former bond holder, Luigino D'Angelo, killed himself after losing his life savings.
The other banks were Banca Marche, CariChieti and CariFe.
They have all since been turned into 'good banks' and taken over big bigger lenders.