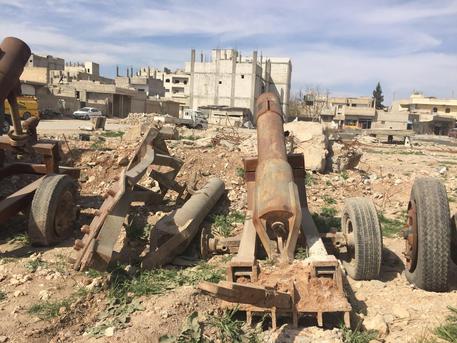 (ANSA) - Rome, April 7 - Italy bon Friday deported a Tunisian man who allegedly wanted to join Islamic State (ISIS) The 34-year-old, resident at Recanati near Macerata in the Marche region, was placed on a Casablanca-bound flight.
The man, Younef Faraoussi, was taken into custody at 07:00 yesterday at the house he shared with his parents in the Marche town .
Faraoussi was very active on social networks, especially Facebook, where he had frequently approved "the extremist positions of certain individuals supporting Islamic State, and radical ideologies of a jihadist nature," police said.
He is the 31st person deported for terror reasons this year, Interior Minister Marco Minniti said.
Since January 2015, 163 individuals gravitating in extremist religious circles have been deported, he said. The Tunisian, who had a record of petty crime, was flagged by police in a probe into two co-nationals who flew to the Syrian-Iraqi area to fight for ISIS in January 2015, judicial sources said.