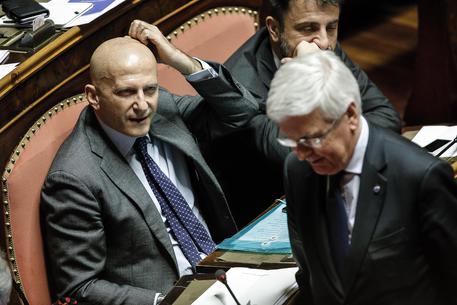 (ANSA) - Rome, March 16 - The Senate on Thursday rejected the ejection of centre-right Forza Italia (FI) Senator Augusto Minzolini which had been approved by the Senate immunity panel because he was definitively convicted of embezzlement over the use of his RAI State broadcaster credit card in 2015. Some 137 Senators voted against applying an office ban on Minzolini, a friend of FI chief Silvio Berlusconi and the former editor of RAI's flagship news show TG1. Minzolini courted controversy during his tenure of TG1 for allegedly favouring three-time premier Berlusconi. Minzolini has said that in any case he will step down as Senator.