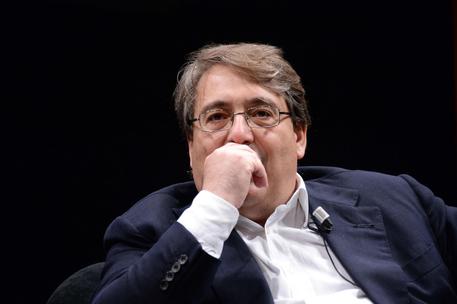 (ANSA) - Rome, March 13 - The Il Sole 24 Ore board on Monday granted the request of the financial daily's editor, Roberto Napoletano, to be placed on unpaid leave amid a three-million-euro misappropriation probe, to be replaced on an interim basis by Guido Gentili. The newspaper's staff had said they would strike until Napoletano resigned. Tax police on Friday raided the Il Sole 24 Ore group offices in a probe where 10 people are under investigation for false reporting and misappropriation to the tune of 3 million euros. Among those probed for false reporting are the former chairman of the group, Benito Benedini, former CEO Donatella Treu and Napoletano.
The probe is focused on the suspected fictitious registration of tens of thousands of digital subscriptions, police said.
Il Sole said in a statement it had complete faith in the judiciary, which it was sure would get to the bottom of things, and was weighing actions to safeguard shareholders.
Napoletano voiced "full, total and absolute confidence in the investigating magistrature" and said "I am certain I will be able to demonstrate in all fora the full correctness of my conduct, which I have shown all my life".
Il Sole 24 Ore is Italy's leading financial daily. The group also controls a business radio station, Radio24.
Journalists at Il Sole said they would strike until Napoletano stepped down, and staff at Radio24 also announced a strike.