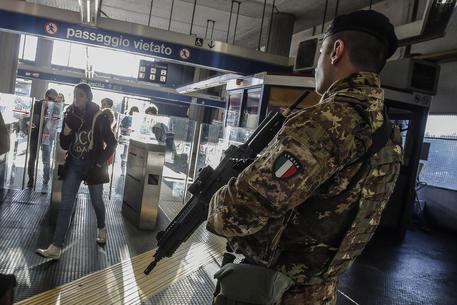 (ANSA) - Rome, February 27 - The intelligence services' annual report to parliament said Monday that there was an increasingly acute risk that individuals "radicalized at home" could opt to "conduct the jihad directly on Italian territory" rather than head to Syria or Iraq. It said Italy faced a "pronounced exposition... to the challenges represented by jihadist terrorism". It added that the large-scale arrival of asylum seekers could "stress the foreign communities present in our country" and lead to "possible criminal and radical Islamic deviations stemming from resentment over betrayed expectations and displeasure at the conditions of hardship in the host country".

Premier Paolo Gentiloni said Monday that the intelligence services were working effectively to counter the threat of terrorism, adding that it was not necessary to sacrifice freedom to have security. "You don't respond to the threat by closing up, but by accepting the challenge," Gentiloni said as he presented the annual intelligence report. "More security does not mean less freedom... Italian citizens can be certain, not about the lack of threats because that would be an illusion, but about the high quality of the work to combat them". He added that the report highlighted the capacity of the intelligence services to "discover, prevent and combat various types of challenges and threats, including some that are relatively new for us. This is a cause for satisfaction".