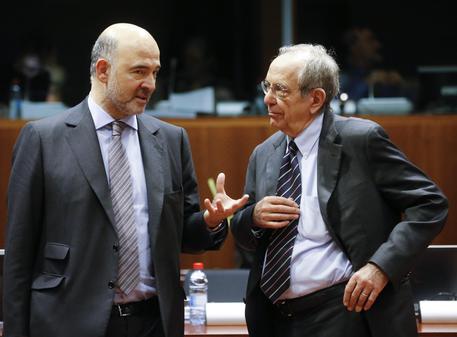 (ANSA) - Brussels, February 22 - The European Commission will consider Italy to have not respected the debt rule unless it implements "credible" measures to take action to deliver a adjustment in its structural deficit of "at least 0.2% of GDP" by the end of April, the EC said in a debt report on Wednesday.
It said that the decision to open an infringement procedure for "excessive deficit" will be taken on the "basis of the spring 2017 forecasts", which are usually published in May. Economy Minister Pier Carlo Padoan is currently preparing a package of measures to try to raise around 3.4 billion euros in additional cash to avoid the infringement procedure. The report said that "Italy still displays excessive imbalances". It acknowledged that Italy has made some progress on following its country-specific recommendations but added that "the reform momentum has markedly slowed down and that significant challenges persist in diverse reform areas".