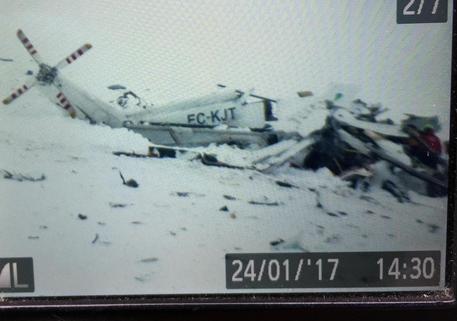 (ANSA) - L'Aquila, January 24 - Six people are dead after an emergency services helicopter crashed in the province of L'Aquila on Tuesday, sources. The helicopter was in the process of taking an injured person from a piste at the Campo Felice ski resort, sources said.
It came down from a height of around 600 metres.
The helicopter was engaged in an ordinary rescue operation and was not being used for the emergency caused by the recent wave of snow and the fresh earthquakes in central Italy.
Furthermore, it was not among the helicopters being used for operations after an avalanche hit the Hotel Rigopiano in the Abruzzo mountains last week.