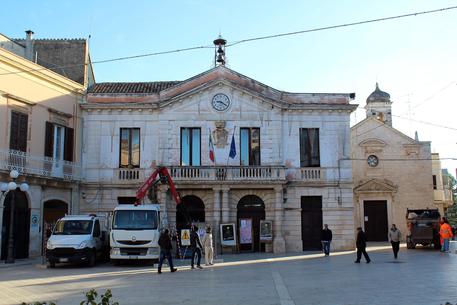 (ANSA) - Bari, December 27 - A Mass in memory of a Canadian 'Ndrangheta mafia boss killed in Quebec in May was cancelled Tuesday morning in a village near the Puglia city of Bari.
The priest at Grumo Appula had wanted a public ceremony in memory of Rocco Sollecito Tuesday afternoon but was slapped down by the local bishop, who first ordered a strictly private ceremony at six o'clock in the morning and then, at the last minute, ordered the doors shut. The priest, Father Michele Delle Foglie, said he would appeal to Pope Francis "to receive me as a father welcomes a grieving son".

The town mayor said Father Delle Foglie is "incompatible" with his parish because of his family's business interests. The official, Michele D'Atri said it was time the local bishop took "measures" after this "latest" case. He said Father Delle Foglie was incompatible "because of his family's business activity, which is trying to open the region's biggest composting plant against the wishes of the town council".

Father Delle Foglie was holed up in his house and refusing to talk to journalists.
An aide to the priest told the media Father Delle Foglie would shortly express his official position on the case, which has caused controversy in Italy.
The aide read out a note from Father Delle Foglie saying he would make "a statement to the faithful and not to the citizenry, to whom the invitation to pray in suffrage (for late boss Rocco Sollecito) was not addressed.
"There has been talk of a Mass in honour of the boss, and even a funeral, which is absurd! That poor man has been lying dead and buried in Canada since the end of May".
Father Dell Foglie also complained that the letter cancelling the Mass, written by the bishop of Bari-Bitonto, Msgr Francesco Cacucci, was handed over to the media "late yesterday evening before it came into the hands of the parish priest".

'Ndrangheta, the Calabrian-based mafia, has strong offshoots abroad and especially in Canada and Australia.
It is Italy's richest and strongest mafia, having overtaken Sicily's Cosa Nostra thanks to its dominance of the European cocaine market.