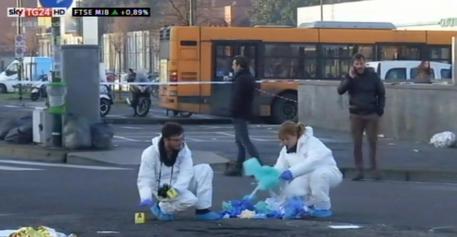 (ANSA) - Rome, December 23 - Anis Amri, the man suspected of Monday's attack on a Christmas market in Berlin in which 12 people died, was killed in a shootout at Sesto San Giovanni, near Milan, on Friday, various investigative sources said.
He was identified on the basis of his appearance and fingerprints, anti-terrorism sources in Milan said.
Amri arrived in Italy from France, according to anti-terrorism Digos police. He went from Chambery to Turin and then took a train to Milan, where he arrived at around 1:00. Then he went from Milan's Stazione Centrale to Sesto San Giovanni, where he ran into two police officers at aorund 4:00 and was killed in a shoot-out and they tried to conduct a routine stop-check, the sources said.