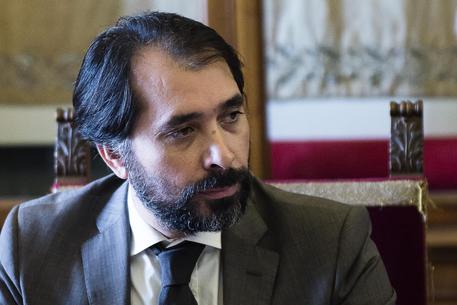 (see related)(ANSA) - Rome, December 16 - Rome City Hall personnel chief Raffaele Marra and real estate developer Sergio Scarpellini are "a danger to society" and might commit further "serious offences" if left at large, according to an arrest warrant against them out Friday.
The warrant pointed to a risk Marra committing further crimes "due to his concrete role in the city of Rome and the undoubted trust he enjoys from Mayor Virginia Raggi".
Also on Friday, wiretaps pointed to what investigators say was "the nature of the relationship" between Marra and Scarpellini.
In one wiretapped conversation held in June 2016, Marra was heard telling Scarpellini's secretary that "I remain at his (Scarpellini's) disposal". "He knows I'm at his service," Marra said after asking for Scarpellini to put in a word in his favor with cement magnate and publisher Francesco Gaetano Caltagirone. Marra had asked Scarpellini to ask Caltagirone to exert his influence to prevent unfavorable press reports about himself.
Marra also appeared to fear being removed from his influential position as Raggi's chief of staff.
Raggi did in fact reassign Marra as chief of personnel at City Hall after a slew of protests and unfavorable press reports about him.
"I was organizing everything," Marra said in a wiretapped conversation. "I've gone from being the most powerful man to the last of the wankers in three days". Also on Friday, Raggi admitted in a press conference she might have been wrong to have made Marra her personnel chief, and tried to distance herself from the official who has widely been described as her right-hand man. "We probably made a mistake," Raggi said. "Marra was a manager, and we trusted him. I'm sorry for the citizens of Rome and the 5-Star Movement (M5S)".
Raggi hails from the populist, euroskeptic M5S led by comedian Beppe Grillo, to whom she also apologized for her staunch defence of Marra in the months prior to his arrest.
"Grillo had some doubts," Raggi admitted. "Marra is not a politician, and the people of Rome are my right hand".
She also said she would replace Marra "immediately", that she trusts in the judiciary, and that her administration will go forward.