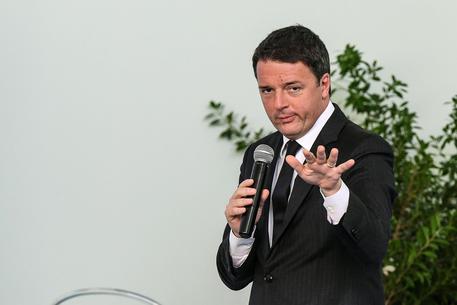 (ANSA) - Florence, November 22 - Premier Matteo Renzi said Tuesday "we will wage the referendum campaign with a smile on our lips. We will go into the merits of the referendum, they won't. Because if you go into the merits it's game over; now they're trying to turn it into a row, so keep calm and carry on". The Constitutional reform referendum is on December 4. The Yes campaign is lagging the No one ahead of the vote on the government's overhaul of Italy's political machinery. Renzi is widely expected to step down if he loses. The premier was speaking at a Yes rally in the Tuscan port city of Livorno.
The campaign committee for a No vote in next month's Constitutional referendum said Tuesday that it was ready to appeal if the Yes wins thanks to the votes of Italians overseas. "In the law for the vote of Italians abroad there are fundamental principles that we consider to have been violated," said Alfiero Grandi of the No committee at a news conference at the foreign press association in Rome. "We'd be very upset if the Yes win by a small margin (due to those votes). There are grounds for an appeal".
Opinion polls showing a clear lead for the No campaign in the December 4 referendum on the government's overhaul of Italy's political machinery are wrong, Renzi said.
Reiterating that a Yes vote would be "against the caste", Renzi said the wide assortment of No campaigners "have no ideas, they're competing against each other" and said a Yes vote "will help us change Europe".
The anti-establishment 5-Star Movement (M5S) said Tuesday that Premier Matteo Renzi was afraid of next month's referendum on his government's Constitutional reform. "Renzi is s**t scared of the December 4 vote," said a post on the blog of M5S leader Beppe Grillo. "He behaves like a wounded sow that attacks anyone it sees. He does not reason any more, he dedicates himself to gratuitous insults and systematic lies".