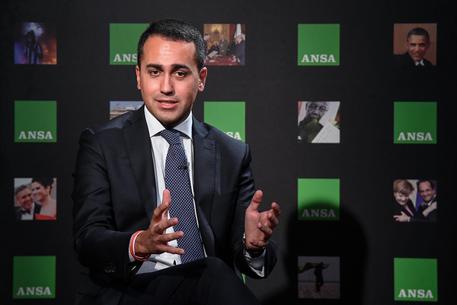 (ANSA) - Rome, November 21 - Deputy Lower House Speaker Luigi Di Maio told an ANSA Forum on Monday that his anti-establishment 5-Star Movement (M5S) will call for new elections if the No vote wins next month's Constitutional referendum. "If the No vote wins I imagine (Premier Matteo) Renzi's government will no longer exist and the president will ask the political parties what they want to do," he said ahead of the December 4 vote on the executive's reform overhauling Italy's political machinery. "We will say that we want elections as soon as possible". He said a No vote would also be a rejection of the idea of a "special purpose" government tasked with passing a few specific measures before new elections. Di Maio added that voting Yes is effectively a way to back Italy's political "caste". "I never thought that the Constitutional was unamendable," Di Maio told an ANSA Forum. "For example, we think that parliamentary immunity should be abolished and the lack of a limit on mandates has produced a legislature with a record for changing sides. "But this reform changes things for the worst. We would create another caste which, inside itself, has the political class most involved (in investigations) - regional councillors and mayors".