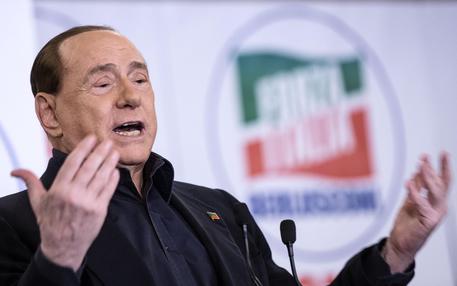 (ANSA) - Rome, November 15 - The constitutional reform to be voted on in the December 4 referendum is "dangerous" and will lead to a greater "authoritarianism" if approved, former premier and centre-right Forza Italia party leader Silvio Berlusconi said Tuesday. He added that Premier Matteo Renzi "wants the legitimization that he has never had but the time has come for him to go home." The reform calls for a move to a system with reduced powers for the Senate and a redrawing of powers between local and central institutions. The Senate would be less involved in law making - currently laws have to be passed by both chambers, making the process more time-consuming - and the number of senators would be reduced from 315 to 100.
If the 'No' vote wins, he said, "nothing will happen, like nothing happened with Brexit and Trump. 'Yes' supporters are lying when they say something will happen. We will move forward like now." Berlusconi also discussed the leadership within the center-right, saying that Stefano Parisi, a businessman-turned-politician like the ex-premier, "wants a role in the center-right but, given disagreement with (right-wing Northern League leader Matteo) Salvini, I don't think he can have it."