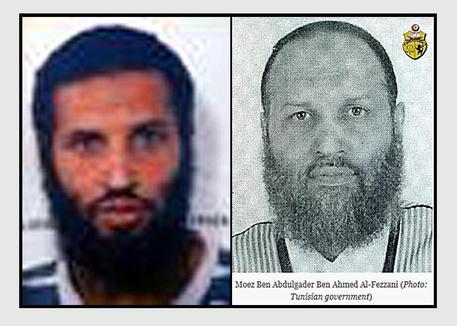 (ANSA) - Rome, November 14 - A Tunisian terrorist thought to be a major recruiter in Italy for the so-called Islamic State (ISIS) extremist group has been captured in Sudan, Italian anti-terrorism sources said Monday. Moez Ben Abdulgader Ben Ahmed al-Fezzani, also known as Abu Nassim, was part of a Milan-based group called the Salafist Group for Preaching and Combat that recruited fighters for conflict zones between 1997 and 2001. Italian intelligence services tracked him down in Sudan since he was being sought on an international arrest warrant after he was handed a definitive conviction for terrorist criminal association in 2014 and sentenced to five years eight months in prison.
Fezzani was initially acquitted at a first-instance trial and deported in 2012.
Born in Tunis in 1969, Fezzani has been a known militant in Ansar al-Sharia Tunisia, a satellite of Islamist terrorist group al-Qaeda, for the past 20 years. He was first captured in 2002, detained at Bagram Airfield, the largest U.S. base in Afghanistan, then extradited to Italy.
After his deportation in 2012 he resurfaced in Libya, where he trained aspiring Islamist combatants. He was also spotted in Syria in summer 2013, and was being sought by Tunisia as the mastermind of the March, 2015 Bardo Museum terrorist attack that claimed the lives of 22 European tourists as well as a mass shooting in June that year at a tourist complex near the Tunisian city of Sousse, in which 38 people died.