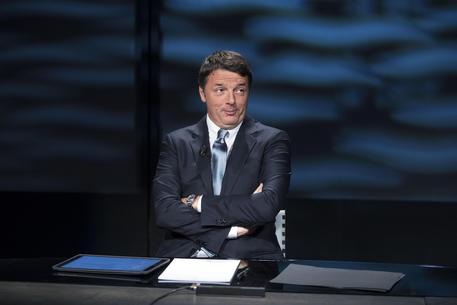 (ANSA) - Berlin, October 24 - Italy's Premier Matteo Renzi is challenging the European Union rules under pressure on the domestic front ahead of a December 4 referendum on his constitutional reform law, conservative German daily Die Welt wrote Monday.
"Renzi defies Brussels" is the headline on a full-page article that says the premier "ignores the EU deficit rules" and that "openly stating he won't stick to European law is a significant development". EU rules clearly say "Brussels has the right to declare national budgets illegitimate, and even to impose sanctions," the paper said.
Renzi said after a European Union summit in Brussels last Friday that Italy's 2017 budget bill won't change no matter what the EU has to say about it.
Italy "is not asking for flexibility", Renzi added, but is invoking "exceptional circumstances" for spending on relief and reconstruction in the aftermath of a devastating August 24 earthquake in central Italy that caused billions in damage, plus spending on asylum seeker processing and reception. Italy and Greece bear the brunt of the refugee crisis as the first European landfall for people fleeing wars and persecution in Africa and the Middle East. "We didn't discuss the budget, but I want to make it clear we have not asked for flexibility, because flexibility is only granted once," the Italian premier explained. "We've made a spending request under treaty exceptional clauses for the earthquake and immigration".
"But the substance of the budget measures won't change," he said, adding the budget will take care of Italy's citizens not Brussels technocrats.