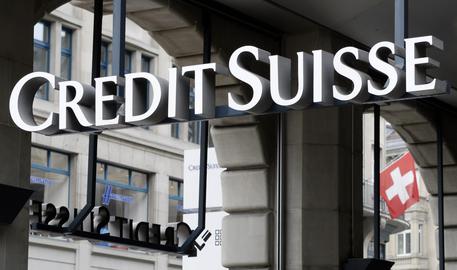 (ANSA) - Milan, October 21 - Credit Suisse has agreed to pay Italian tax authorities a total of 109.5 million euros to settle a case of suspected tax fraud involving bogus insurance policies, sources said Friday. The Swiss bank will pay 8.5 million for administrative breaches and a further 101 million for taxes, outstanding interest and sanctions. Credit Suisse was placed under investigation in Milan in March in a probe into huge alleged tax fraud perpetrated via fake insurance policies. Italian tax police had for some time been carrying out checks on 13-14,000 Italian clients who are believed to have taken some 14 billion euros abroad, police said. The transactions allegedly took place between Liechtenstein and Bermuda, police said, to dodge Italian tax authorities. During the period between 2008 and 2012, Germany, Brazil, and the United States began a series of investigations into the use of Credit Suisse accounts for tax evasion. In May 2014, the financial services company pleaded guilty to decades of conspiring to help US citizens "hide their wealth" in order to avoid taxes, and agreed to pay $2.6 billion in fines.
Commenting on Friday's deal, Credit Suisse issued a statement saying "Credit Suisse AG favourably welcomes reaching this solution. The bank intends to continue to offer its services to the Italian clientele and reconfirms its commitment to Italy, which represents an important market for Credit Suisse AG. "With the present accord the investigation conducted by Italian authorities relating to the past cross-border activities of Credit Suisse AG with Italian clients is closed."