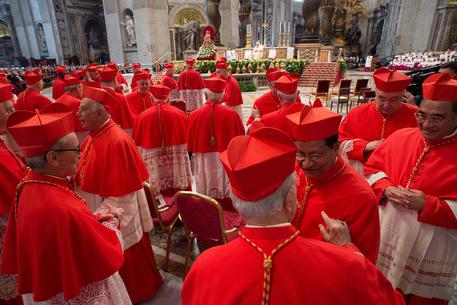 (ANSA) - Vatican City, October 13 - A plan to open a new McDonald's in Rome's historic Borgo Pio quarter, by St Peter's Square, has met with opposition from a group of cardinals, ANSA sources said on Thursday.
The plan is to open the fast-food restaurant in a Vatican-owned property that had been vacant after a bank left the premises some time ago.
Local residents and business have expressed concerns about the prospect that the venue could transform the traditional nature of the area.
But several cardinals who live in the complex are upset after APSA, the agency that manages Vatican assets, asked them to chip in to the costs needed for work on the building.
Indeed, in the summer the cardinals-tenants received letters from APSA telling them that part of their salaries would be deducted due to the work, sources said. This is because APSA had agreed to rent the 538-square-metre property to McDonald's Development Italy at a monthly rent in the tens of thousands of euros - three times more that the most recent offers it received for the venue - sources said. For McDonald's to be able to open a restaurant though, APSA had to order work to create a chimney for it, via an unused elevator shaft. This chimney is potentially against local building regulations that the Vatican would not be exempt from in this case, the sources said. The cardinals are said to be unhappy not about the loss of income, but because they were not consulted first, the sources said.