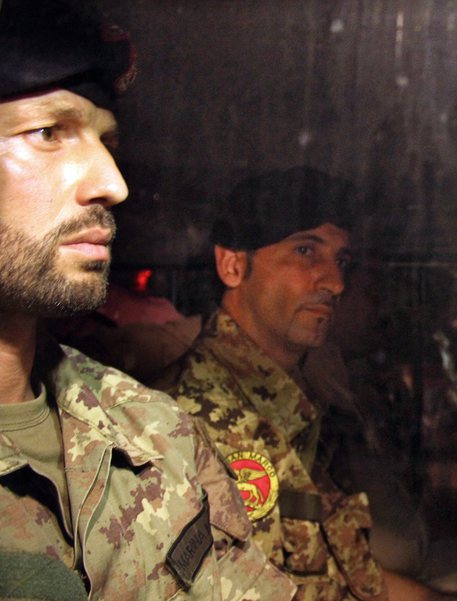 (ANSA) - New Delhi, September 28 - Massimiliano Latorre, one of two Italian marines accused of killing two Indian fishermen during an anti-piracy mission in 2012, can stay in Italy while he awaits the outcome of international arbitration in The Hague, the Indian supreme court ruled on Wednesday. The conditions are effectively the same as those set for Salvatore Girone - the other marine involved in the case which has strained relations between New Delhi and Rome.
The Italian foreign ministry on Wednesday voiced "satisfaction" with the Indian supreme court's decision.
A statement said it was "an important step that acknowledges the commitment taken by the Italian government with its appeal to international arbitration to uphold the case of our two marine fusiliers". A court in The Hague is expected to take up to two years to rule in the case.
India let Girone return to Italy earlier this year after the arbitration tribunal said he should be allowed to go home.
New Delhi allowed Latorre to return to Italy after he had a stroke in 2014.
Italy argues the marines should have immunity as they were servicemen working on a mission and that India does not have jurisdiction as the incident took place outside its territorial waters.
Rome took the case to international tribunal after repeated delays in the handling of the case in India.