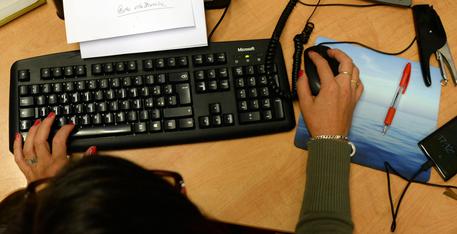 (ANSA) - Rome, September 14 - The case of a 31-year-old woman who committed suicide Tuesday in the town of Mugnano following a legal battle to remove explicit videos from the Internet sparked calls Wednesday for increased attention to online insults and violent misogyny.
Antonella Bozzaora, head of the psychologists association of the Campania region, stressed that women and girls are "victims of a society in which there is a sexist mentality that leaves women open to constant harassment. It is a mentality that is still deeply rooted in our country and in the Western world in general." "(The woman's) suicide," Elena Centemero, Forza Italia MP tasked with education issues and the head of the Council of Europe's Equality and Non-Discrimination Commission, "stuns us all because it is the expression of the violence and hate that uses the web as a vehicle and that finds fertile ground in social networks. Aspects of stalking are seen, with daily doses of derision and ridicule perpetrated through social networks." She added that "it is once again a woman who is the target of violence and hate", and that schools must instill respect for individuals and responsible use of social networks. There is also, however, she added, "the need for internet and social network managers to bring in policies to fight this type of hate and violence". MP Donata Lenzi, head of the Democratic Party (PD) group in the Social Affairs Commission, stressed instead that laws regulating such crimes needed to be brought in as soon as possible.
"We are faced with illegal acts that can no longer be passed off as childish pranks. This is a phenomenon that cannot be ignored and must be dealt with in a complete manner, with educative measures for minors, sanctions for adults and a rapid removal from the internet of defamatory words and images." "These are the main points of the draft law that will be discussed at the Chamber of Representatives starting on Monday," she said. "The draft law was created in memory of Carolina", a 14-year-old who killed herself in January 2013 after several teenage boys circulated a video on Facebook of her appearing drunk in a bedroom, "but we would now like to dedicate it to (the latest victim) as well."