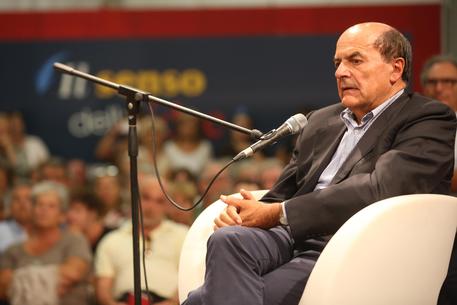 (ANSA) - Rome, September 13 - Pier Luigi Bersani, a former leader of the left-leaning Democratic Party (PD), said on Tuesday that comments by the U.S. ambassador to Italy warning against a "No" vote in Italy's institutional reform referendum were hard to believe.
Earlier, U.S. Ambassador to Rome John Phillips said that "it would be a step back for foreign investment in Italy" if the No vote won in the referendum on the government's overhaul of the country's political machinery. "The U.S. ambassador's words are unbelievable. Who do they take us for?" PD grandee Bersani told reporters on Tuesday. Earlier, several members of the right-leaning Forza Italia and the Northern League also slammed the U.S. for interfering in Italian internal affairs. The government's reform amends the Constitution and, among other things, turns the Senate into a leaner assembly of local government representatives with limited powers to save money and make passing legislation easier.