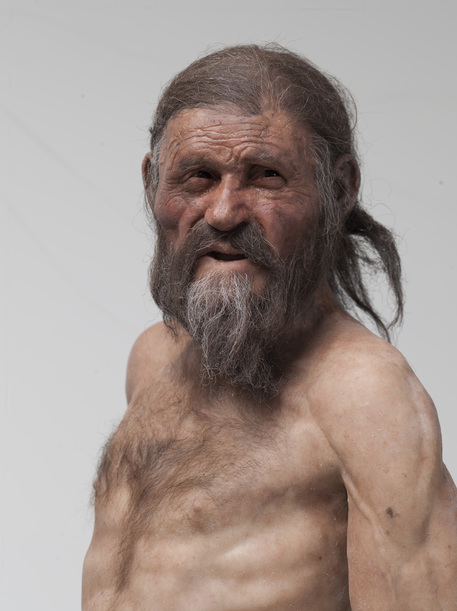 (ANSA) - Bolzano, September 12 - The world's oldest snowshoe, recently found on a glacier between Austria and Italy and seen as belonging to "the grandaddy" of Italy's famous prehistoric Iceman hunter Oetzi, was presented at a press conference in Bolzano Monday.
"This exceptional archaeological finds bears witness to the presence of man on the high-mountain Alpine passes already 5,800 years ago," scientists said. Simone Bartolini, a cartographer from the Military Geographical Institute in Florence, found the artefact on the Gurgler Eisjoch glacier in the val Senales as he was charting the border between Italy and Austria.
Carbon dating says the snowshoe was made in the late Neolithic age, between 3,800 and 3,700 BC, meaning that it "belonged to the grandad of Oetzi", researchers said, referring to the famed Iceman hunter who died in about 3,200 BC a few kilometres away.
Oetzi is the world's oldest wet mummy.