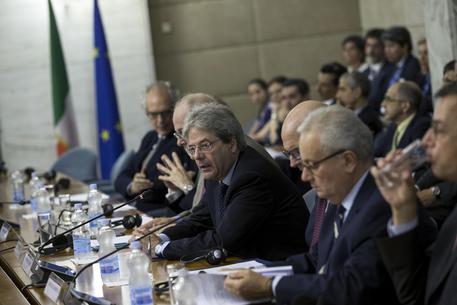 (ANSA) - Rome, July 28 - The 57 member nations of the Organization for Security and Co-operation in Europe (OSCE) on Thursday elected Italy 2018 president. "This decision fully represents the recognition of our country's commitment and the desire to actively contribute to peace and stability in Europe," said Foreign Minister Paolo Gentiloni. Beginning on January 1, Italy will be working closely with Germany which is the 2016 OSCE president, and Austria (2017 president) as part of the so-called OSCE Troika, Gentiloni said.
Italy's agenda will focus on a solution to the Ukraine crisis, the migrant and refugee crisis, and strengthening the partnership with countries on the southern shore of the Mediterranean, the minister said.
The Vienna-based OSCE is the world's largest security-oriented intergovernmental organization set up during the Conference on Security and Cooperation in Europe (CSCE) held in Helsinki, Finland in 1975. Its mandate includes arms control, human rights, freedom of the press, fair elections, early warning, conflict prevention, crisis management, and post-conflict rehabilitation. Its 57 member nations are in Europe, northern and central Asia, and North America. OSCE stretches "from Vancouver to Vladivostok (and its) concept of security is now more relevant than ever," said Gentiloni.
"The method that led to the Helsinki Act is being looked at with growing interest...to lay the groundwork for a new order in the Mediterranean".