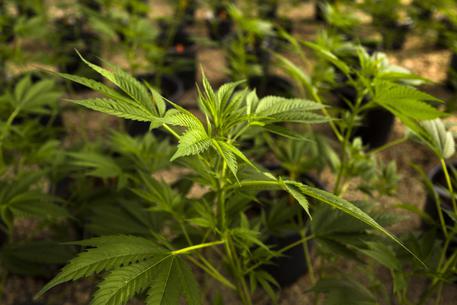 (ANSA) - Rome, July 21 - A bill to legalize cannabis will go to the Lower House floor on Monday, the justice and social affairs committees decided Thursday when presented with 1,700 amendments. Most were filed by the conservative Popular Area (AP) caucus, which is made up of the small New Center Right (NCD) party and the small centrist UDC party. The NCD is a junior ally in Premier Matteo Renzi's left-right government coalition. The amendments will likely be refiled on Monday, which means the bill - presented by Italian Left (SI), a splinter party from the ruling center-left Democratic Party (PD) of Premier Matteo Renzi - likely won't be voted on until September.
Crusading anti-mafia writer and journalist Roberto Saviano tweeted that the AP move to bog the bill down with amendments was "irresponsible and incompetent", while NCD spokesperson Valentina Castaldini has said the clash over cannabis "is a cultural battle and one of civilization".