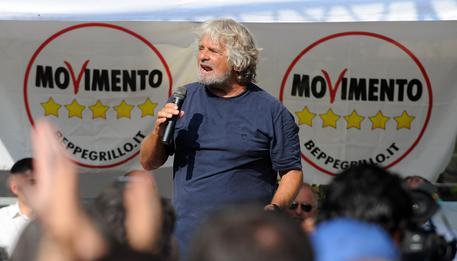 (ANSA) - Rome, June 24 - The anti-establishment 5-Star Movement (M5S) wrote on its chief Beppe Grillo's popular blog Friday it will propose a referendum in Italy on monetary sovereignty after a majority of the British people voted yesterday to leave the European Union.
The M5S said it is gathering signatures for a referendum on the euro "so the Italian people can decide on monetary sovereignty".
The party said it "has always believed the people must have a voice on decisive issues" and that the referendum "is the M5S's preferred way to ask citizens what they think".
The pro-Brexit vote "sanctions the failure of EU policies based on austerity and the selfishness of member States, which are incapable of being a community," the M5S wrote in a post titled 'Europe Must Change or Die'. "We want Europe to be a community and not a union of banks and lobbies".