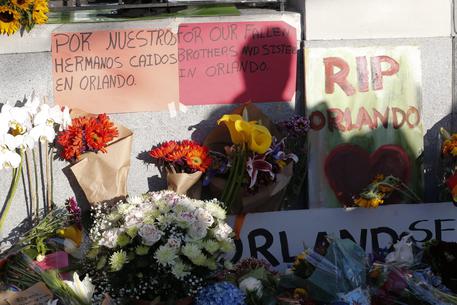 (ANSA) - Rome, June 13 - Premier Matteo Renzi has expressed his supported for the United States after last weekend's attack on a gay night club in Orlando in which 49 people were murdered. The assailant, Omar Mateen, an American of Afghan origin, also wounded 53 people before being killed by police. Extremist Islamist group ISIS has claimed responsibility for the attack.

"Solidarity and sympathy from the Italian government for the atrocious massacre in #Orlando in Florida," Renzi said via his Twitter account, @matteorenzi.
"Our heart is with our American brothers".
Foreign Minister Paolo Gentiloni said he was "shocked by the ever more dramatic news of the nightclub massacre".

Italian President Sergio Mattarella on Monday sent a message to US President Barack Obama voicing "grief and dismay at the cowardly attack perpetrated in Orlando" where an Islamist gunman killed 49 people at a gay nightclub.
"The wickedness of this umpteenth act of senseless violence deeply strikes all of us. Italy voices its solidarity with the whole American nation, as well as warm sympathy with you, Mr President, the victims' families and the wounded. At this time of great suffering, please receive condolences from me personally and all the Italian people".

Security will be boosted at Rome's Gay Village event in the wake of the Orlando mass shooting, one of its main promoters, Vladimir Luxuria, said Monday.
''We will certainly not shut down the Gay Village'', added Luxuria, a former MP.
The nightclub and cultural event has been drawing hundreds of thousands of revelers from June to the beginning of September since it was founded in 2002.
Luxuria added that shutting the event down would ''imply a victory for those who want us to live in terror'', adding that stronger security measures will include a metal detector and ''searching those who get in''.

The authorities of Orlando, Florida, said Monday that they had identified 48 out of the 49 people killed in an attack at a nightclub early Sunday. The attack, the deadliest mass shooting in US history, was committed by the 29-year-old Mateen, who died in a shootout with police. Only 24 of the victims' families have been informed, however, Orlando mayor Buddy Dyer said.
Two firearms were found at the scene of the crime and a third in Mateen's car, reported a Bureau of Alcohol, Tobacco, Firearms and Explosives spokesman in a press conference.
The federal prosecutor has meanwhile said that other people had been placed under investigation in connection with the massacre. EU foreign policy chief Federica Mogherini commented on the massacre in a statement by saying that "it is a tragedy not only for Americans but also for the entire world, as are other massacres of people killed because of their religion, sexual orientation and beliefs in many countries". "Our thoughts and hearts are with the victims' families," she added. "We stand in solidarity with Americans and especially the LGBT community, the target of this hateful terrorist attack." "As the EU, we are committed to continuing to ensure the cooperation of our secret services at all levels and to remain united with pride. We share the same values of equality and non-discrimination. We together we will continue to promote and defend these values," she added.