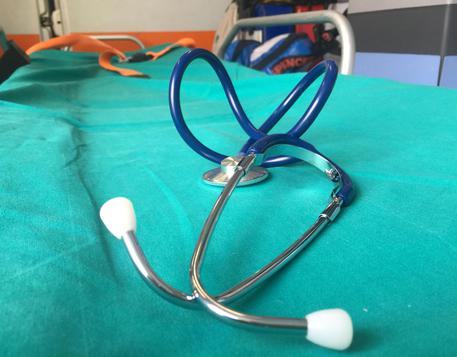 (ANSA) - Turin, May 30 - A one-month-old Ghanaian baby died in hospital on Monday, where he was brought by emergency services after suffering cardiac arrest following a home circumcision.
The emergency call came from a building known as "Spazio Neruda" where hundreds of homeless or evicted families are squatting and where the boy's parents had brought him on Sunday evening and spent the night.
"They circumcised their son yesterday, then they wrapped him with gauze and gave him paracetamol," said a Spazio Neruda resident.

The mother has been reported to prosecutors for allegedly culpable homicide, ANSA sources said on Monday. The 35-year refugee, who has lived in Italy for five years, told investigators she gave the baby a 250mg dose of paracetamol - a dose only recommended for infants weighing over 12 kilos. The baby's father, a 33-year-old Ghanaian, has been tracked down but police are still trying to find the illegal 'doctor' who performed the circumcision.

Mustafa Qaddurah, a pediatrician and councillor with the Islamic Cultural Centre of Rome, said Italy's national health system doesn't cover circumcisions performed for cultural, non-medical reasons.
"That means you either go to a clinic, where it's expensive, or to these charlatans," Qaddurah said.
He said an unauthorised circumcision costs about 30-50 euros.
"According to our estimates, 30-40% of Muslims (living in Italy) prefer to have it done in their country of origin, but another 30-50% go to unauthorised personnel, who work in unsuitable places, with the result of killing babies or causing serious deformities, that we then see in our offices," he said.
He said there were other similar deaths recently in Treviso and Puglia.