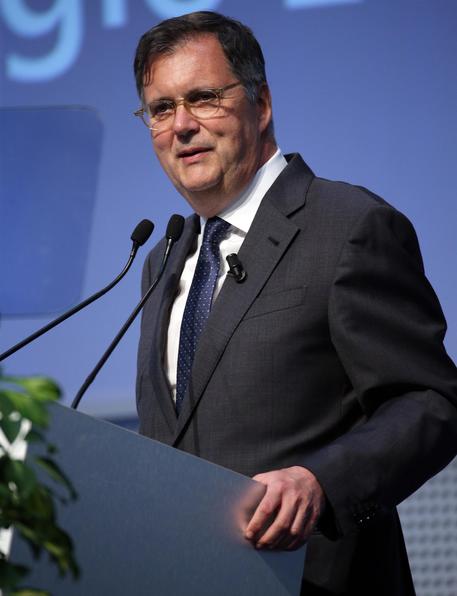 (ANSA) - Milan, May 10 - CONSOB chief Giuseppe Vegas on Tuesday denied saying Monday that investors who bought subordinated bonds in four rescued banks - bonds that were made worthless by the rescue - had been well informed about "the risks they were exposing themselves to". The bourse regulator said a probe was ongoing into the conduct of the banks in placing the bonds with clients. Vegas admitted Monday that prospectuses for financial products were often too complicated for the general public. But he also said that the risks were clear in the documents for bonds in the four Italian banks, which are now worthless after last year's rescue. Many small investors who lost money in bonds in those banks say they were deceived about the risks. "The prospectus is a document that is too long and complex to be read and completely understood by a saver," Vegas said.
But he said that the bond prospectuses for the four banks - Banca Etruria, Banca Marche, Cassa di Risparmio di Chieti (CariChieti) and Cassa di Risparmio di Ferrara (CariFe) - did highlight the potential pitfalls.
"The prospectuses were drafted respecting the rules of transparency stipulated in the regulations," Vegas said.
"They gave maximum prominence to all the risk factors connected to the complexity of the instruments and the situation the banks were in, specifying that there was a risk of losing all the capital invested".