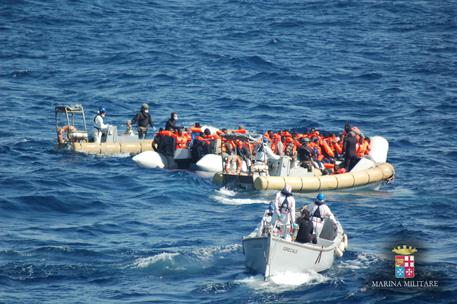 (ANSAmed) - Ragusa, May 2 - Between 20 and 30 migrants are believed to have died on Friday during a rescue operation in the Mediterranean, sources said Monday.
The deaths occurred after a freighter that had intercepted a migrant boat in difficulty put down a ladder to allow the passengers to climb on board.
In the ensuing scramble several dozen migrants fell overboard, according to survivor reports. The survivors were transferred onto a German military vessel and then to the Norwegian 'Siem Pilot' that took them to Pozzallo.
In total 454 migrants disembarked at the Sicilian port. Six migrants - two pregnant women, three suffering from trauma including one with a bullet in his arm and another with a high fever - were subsequently hospitalised. Just two bodies have been recovered.(ANSAmed).